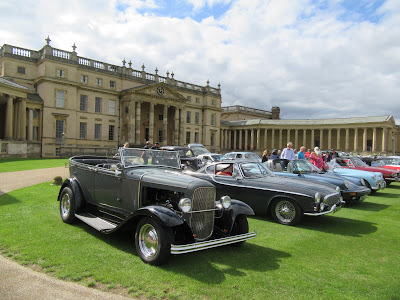 We were supposed to be part of the 90 mile annual Winslow Classic Run on Sunday 23rd July, which is organised by Winslow Rotary Club, but like most other events this summer it was cancelled. As restrictions have eased a little, the club organised a pared down version for today. We did not sign up for this lightly, having kept ourselves very much to ourselves on the car front this year, but we were so glad we did. 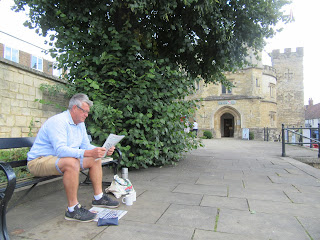 We had strict instructions not to arrive at Stowe House, near Buckingham before 11 am, so we stopped off in Buckingham town centre and in true Darby and Joan style, drank hot chocolate from a thermos flask and read the newspaper! We knew we were heading in the right direction as like worker ants, a bevy of classic cars funneled into the approach road of this seriously impressive National Trust gardens and House. This beautiful 18th century house was earmarked for demolition, following years of execessive spending by its owners. Fortunately it was rescued in 1922, when it became Stowe School and to this day it remains a school for boys and girls. 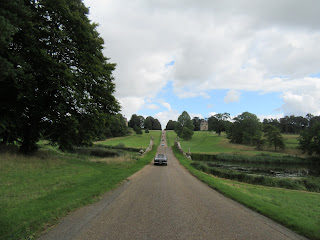 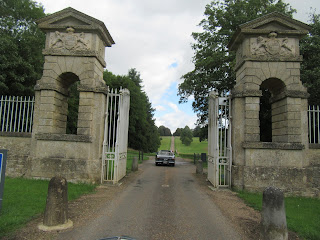 In true Covid style, our temperatures were taken before we were allowed into the grounds and then we parked on the lawn in front of the House, which provided us with a superb back drop for photo opportunities. About 50 vehicles took part altogether. We were the only Hot Rod and the second oldest car there. The collection of cars was very eclectic, from a Jaguar SS, an Austin Healey  to MGBs and a 1970 Beetle, all of which have very proud owners.  We were allowed to go inside in small groups to see the beautiful domed ceiling in what (for Covid times only) will surely be the most impressive school dining hall in the country. 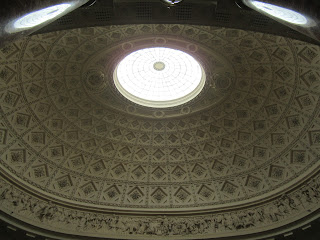 The doors were then opened to reveal a breathtaking view of the grounds. There is so much more to see here and once restrictions are lifted, we shall return to see it all. Just before 12 o'clock we started off in convoy for a run which would finish only 5 or so miles away, but it would take us on a route of 30 miles to get there. We had maps but it wasn't long before people started to take wrong turnings and we were as guilty as anyone. It takes great presence of mind to let the flow of traffic in front of you go the wrong way, while you turn off, knowing everyone behind you will follow you. Then you get a crisis of confidence and think "What if it's me that's wrong?" In the early mileage we acted like sheep but once we had a handle on it we were brave enough to do "the right thing" and thankfully by then we knew what we were doing. But you know what, the getting "lost" was great. Because the route was within a 5 mile circle and lots of roads would still get you to the correct place, it was great to keep coming across different vehicles and ending up following and leading different groups of cars, so much more interesting than a procession! I was laughing my head off every time we came across yet another car or two. Amazingly, we all arrived at our destination within 10 minutes of each other. We parked in the recreation ground behind the Shoulder of Mutton pub in Little Horwood. A lot of the participants then went to the pub for lunch but we were not sure what the situation would be like, so we had brought our own picnic, as did several others and we enjoyed a relaxing hour or so in the sunshine. 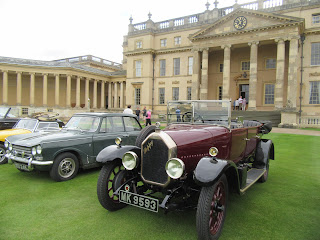 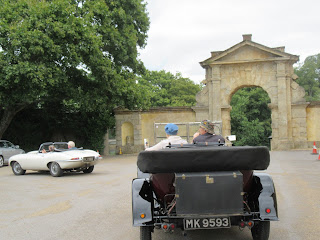 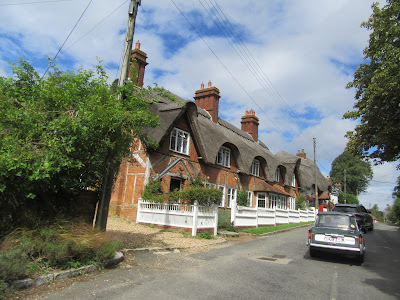 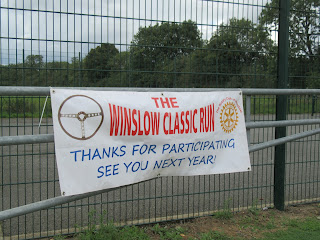 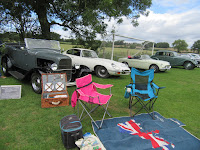 Fortunately we headed home at the right time. We arrived home, got the car in the garage just in time before the heavens opened. A great day!